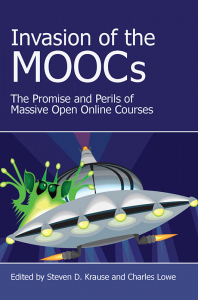 12 thoughts on “Get your copy of “Invasion of the MOOCs” Today!”