Texas passed a law last year that makes it legal to carry concealed weapons on college campuses in that state. The University of Houston faculty senate put together a controversial slide show offering some debatable and/or dubious advice that became a story in Inside Higher Ed, the AAUP blog, local Mark Maynard’s blog, and lots of other places. Here’s a link to the actual PowerPoint slide show, but the slide everyone is talking about is this one: 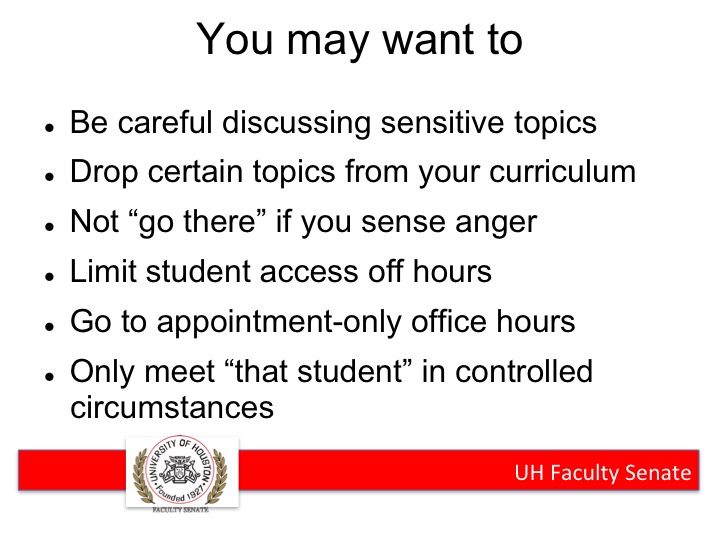 So, several thoughts, more or less in this order:

On the other hand…. 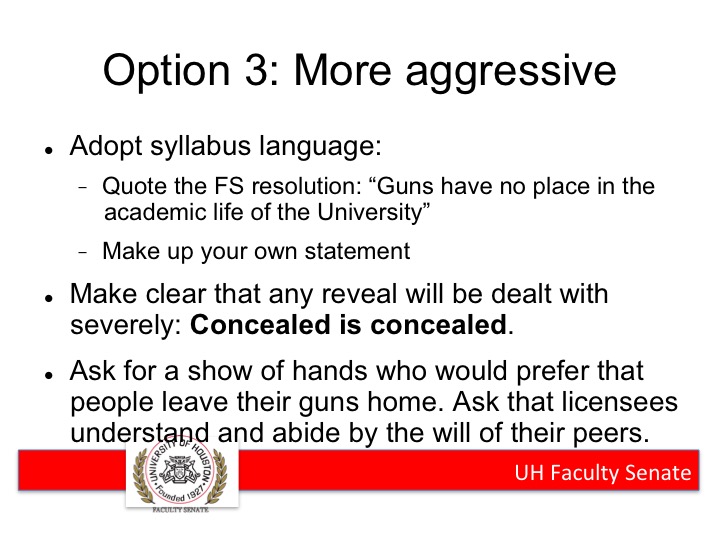 Really? you want me to take a poll of my students on this? Isn’t that liable to call out the one who has the concealed weapon? Isn’t that more likely to piss people off?

One thought on “About that slide show at the University of Houston on how to be a professor and avoid being killed: a few miscellaneous thoughts”